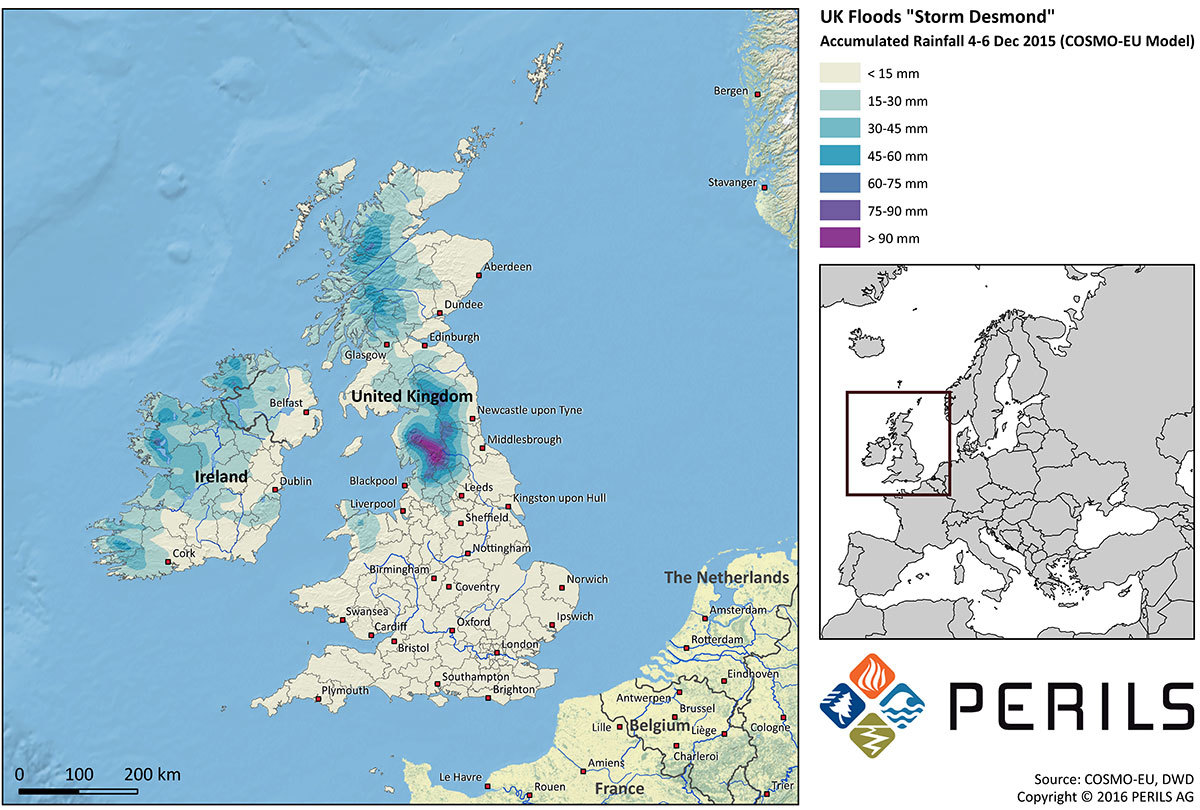 PERILS AG has today disclosed its second loss estimate for the floods in the UK from 4 to 24 December following storm Desmond.

The revised estimate of the property insurance market loss is GBP 662 million. This compares to the initial loss estimate of GBP 717m which was issued by PERILS on 15 January 2016.

Storm Desmond was identified and named by the UK Met Office / Met Éireann. The storm, which was also named Ted by the Free University of Berlin, brought record-breaking rainfall mainly to the Northwest of England, where it fell on ground already saturated from a series of depression systems during November. This led to severe flooding which mainly affected the counties of Cumbria and Lancashire, with the floods peaking on 5 and 6 December 2015.

Subscribers to the PERILS Industry Exposure & Loss Database can access more information on the Desmond floods in the “Industry Loss” section of the website.

In line with the PERILS loss reporting schedule, the third flood loss estimate for Desmond will be published on 4 June 2016. This estimate and any subsequent loss estimates will be provided in full resolution, i.e. by CRESTA zone and by the property sub-lines Residential and Commercial.